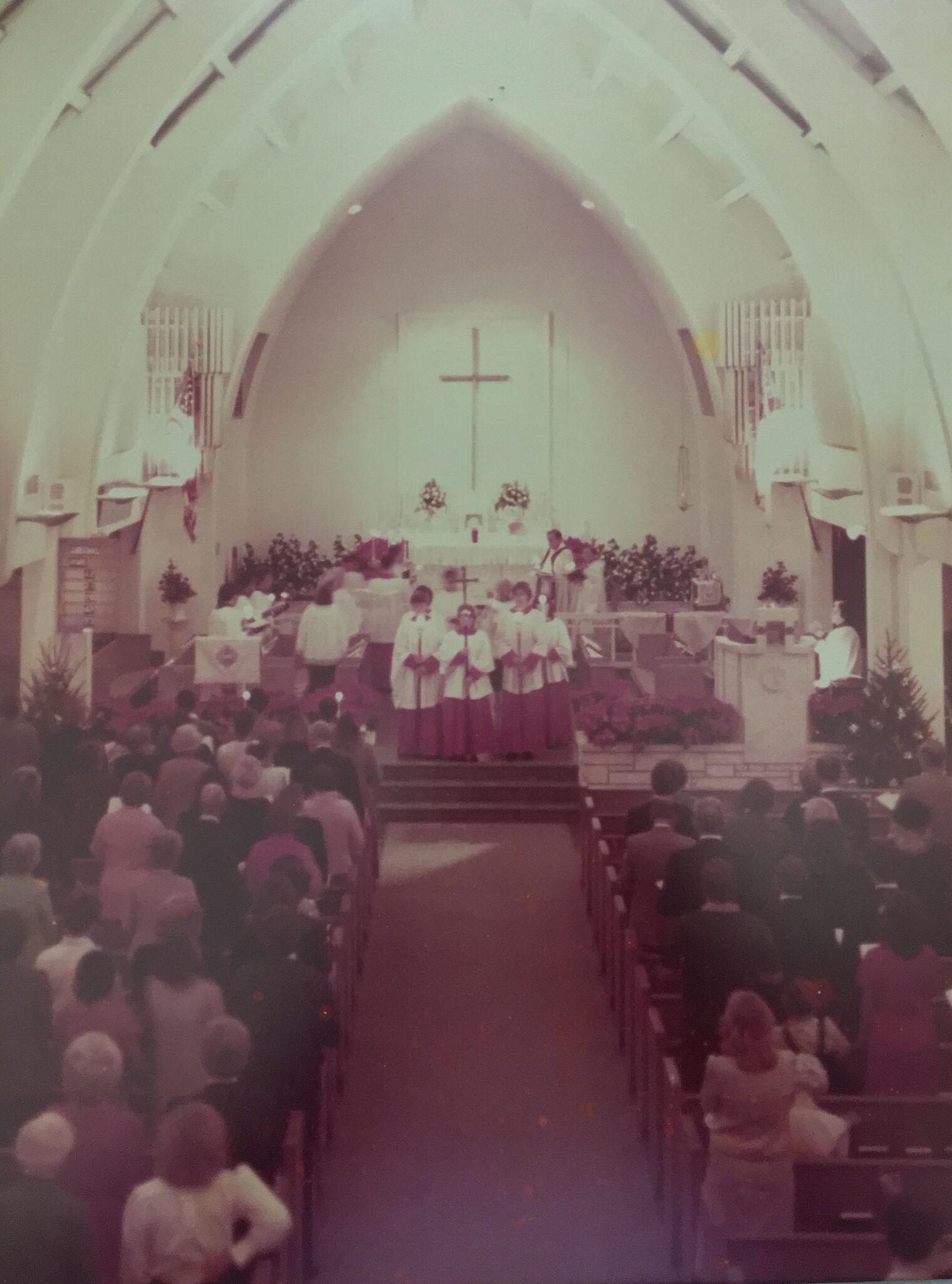 When Miami Beach was incorporated in 1915, as  a beach resort across Biscayne Bay from the City of Miami, there was no Episcopal church on the Beach.  In 1937 Bishop Wing of the Diocese of South Florida accepted the offer of The Revd Joseph Mitchell Taylor to survey the area at his own expense.  A former Rector of St Andrew’s in Fort Pierce and Vicar of Holy Comforter Church in Miami, Taylor found that there were 300 Episcopalians living in the area, who were eager to have their own church on the Beach.
Just as a suitable location for a church had been identified on Belle Isle, the US entered World War II and plans were put on hold.  In December 1941 Fr Taylor and eight founding members met in determined mood and agreed to proceed with the lease of the winter home of the late Dr Joseph H Adams at 18 Belle Isle on the Venetian Causeway between Downtown and the Beach.  The house contained a large music room, enough to seat 300 people, and it had a fine pipe organ already installed.
A sanctuary had been found and after installing an altar, lectern, pulpit and pews, the first service was held on 28th February 1943.  So a new mission began with 450 people attending two services that day.  In April a Sunday School was instituted and at the Diocesan Convention in May, All Souls’ was confirmed a parish in its own right.  On 11th April 1951 ground was broken for the church at 4025 Pine Tree Drive and on Christmas Eve that year the congregation held its first service in the partially completed Parish Hall.

Three years later, on Christmas Eve, 1954, the first service was held in the present church, which was finally completed in March of 1955.  The new buildings and grounds cost $780,000, but by October 1958 the parish had raised all the money and was debt free.  That month the parish hosted the 59th General Convention of the Episcopal Church and on Sunday 5th October All Souls’ Church was consecrated by Bishop Henry Loutitt to the glory of God in the midst of great celebration and thanksgiving for the vision and courage of Fr Taylor and the founding charter members.

The church was named All Souls’, given the founding vision that it would be the place for “all the good souls in Miami Beach to meet”.  Though the congregation is smaller in number today, its membership still reflects the richness and diversity of cultures that make up the modern City of Miami Beach.